Four years ago found me in Denver for the major Responsible Investment conference of the year, preparing to teach the US|SIF Fundamentals of SRI training, which was scheduled for the morning after the election.

Election night, as things turned from bad to worse, I went to bed – after all, if Hillary won it wouldn’t be because I stayed up all night to watch, and if she lost I didn’t want to have wasted a night’s sleep witnessing the debacle.

Highlight #1:  You have a choice over what media to ‘consume’ and for how many hours.

We are not lesser citizens if we prepare ourselves for a marathon rather than a sprint. Considerations about pacing apply even more in relation to this election.

The morning after that election – time for the half-day SRI training – you could hardly imagine a more despondent group of exhausted and grieving people! We co-presenters held the space that day for mounting fatigue, waves of mourning, flashes of anger, and eagerness to find some hope about what could be done next.

My key message was to expect a surge of interest in Responsible Investment, and to be ready to encourage, guide, and facilitate – because every piece of bad news seems to awaken a new cohort of people to a desire to use their money in a profoundly different way. This has borne out, such that now nearly 1-in-3 dollars under professional management is invested with some form of environmental, social & governance (ESG) criteria applied.

I believe Joe Biden will win the election. However, the question is by how much, and whether in a swift landslide or over days of counting ballots.  Since the latter is most likely, we need to pace ourselves while remaining stalwart and unswayed by whatever Trump and Republican disinformation may be presented.

“Be prepared to be patient. November 3rd is not the finish line... [and] it’s pretty unlikely that Biden will hit the 270 electoral votes needed to win by the end of the night on Tuesday. People are voting early in record-setting numbers, dominated by Democrats, which means Republicans are likely to have an advantage on election-day votes. Poll voting will dominate the early results in some states [which will favor Trump].”

Fingers crossed that we see a resounding defeat for Republicans both up- and down-ballot – this would send a decisive message of repudiation for the current R brand of amoral, divisive, power politics.

However, if things look sticky following Nov. 3rd here are two resources to inform yourself with, and to share:

(2)  TheCount; A practical guide to defending the Constitution in a contested 2020 election

I certainly don’t hope for a protracted struggle, but the more prepared we are the less likely it is to turn out that way.

(C) Support the Next Wave & Re-Prime the Pump

Newground is proud to have been a corporate supporter for some years now of Seattle’s own Fuse Washington (‘Fuse’), which punches well above its weight nationally in terms of strategic thinking, progressive political activism, and resilient infrastructure development.

Fuse’s work is compelling, especially in these times. As this election cycle demonstrated, we need fresh approaches to politics, and Fuse has been a game-changer with an impressive track record of innovation and effectiveness.

Progressive Voters Guide, a killer app for elections that is proving to be one of the most powerful tools in politics – especially as Fuse expanded it this year to the critical battleground states of Michigan, Pennsylvania, Wisconsin, and Colorado.

Please consider supporting Fuse as it (a) readies for rapid and critical post-Nov-3rd spade work in the states and contests that need it most, and (b) rebuilds its resource base for the sustained work that we citizens must be prepared for and continue to be involved in over time.

There is always a way to look up, and regardless of who wins this election the country will need wise and participatory citizens like us to help guide its future course.

As we learned the hard way following Obama’s election, it doesn’t work to sit back and assume the people at top can get it all done on their own. But together, we can make an impact through a variety of efforts, including Fuse’s, in the important days and weeks that follow.

Few will ever forget 2020, nor the four Trump years leading up to it. Many are weakened – whether financially, emotionally, or physically – and most have suffered pandemic loss and are experiencing grief.

We’ve seen historic levels of social protest with the Black Lives Matter movement, and experienced profound moments of aloneness due to quarantine and social distancing.

To top it all off, we face a drawn-out election process and a gradual turning into the dark time of winter.

Our example of perseverance, insight, and leadership is needed now more than ever, even as we pace ourselves for the long run.

Highlight #3:  We have an ongoing role to play – we’re not booster rockets to be spent, but command modules moving ahead toward our own and society’s better outcomes. 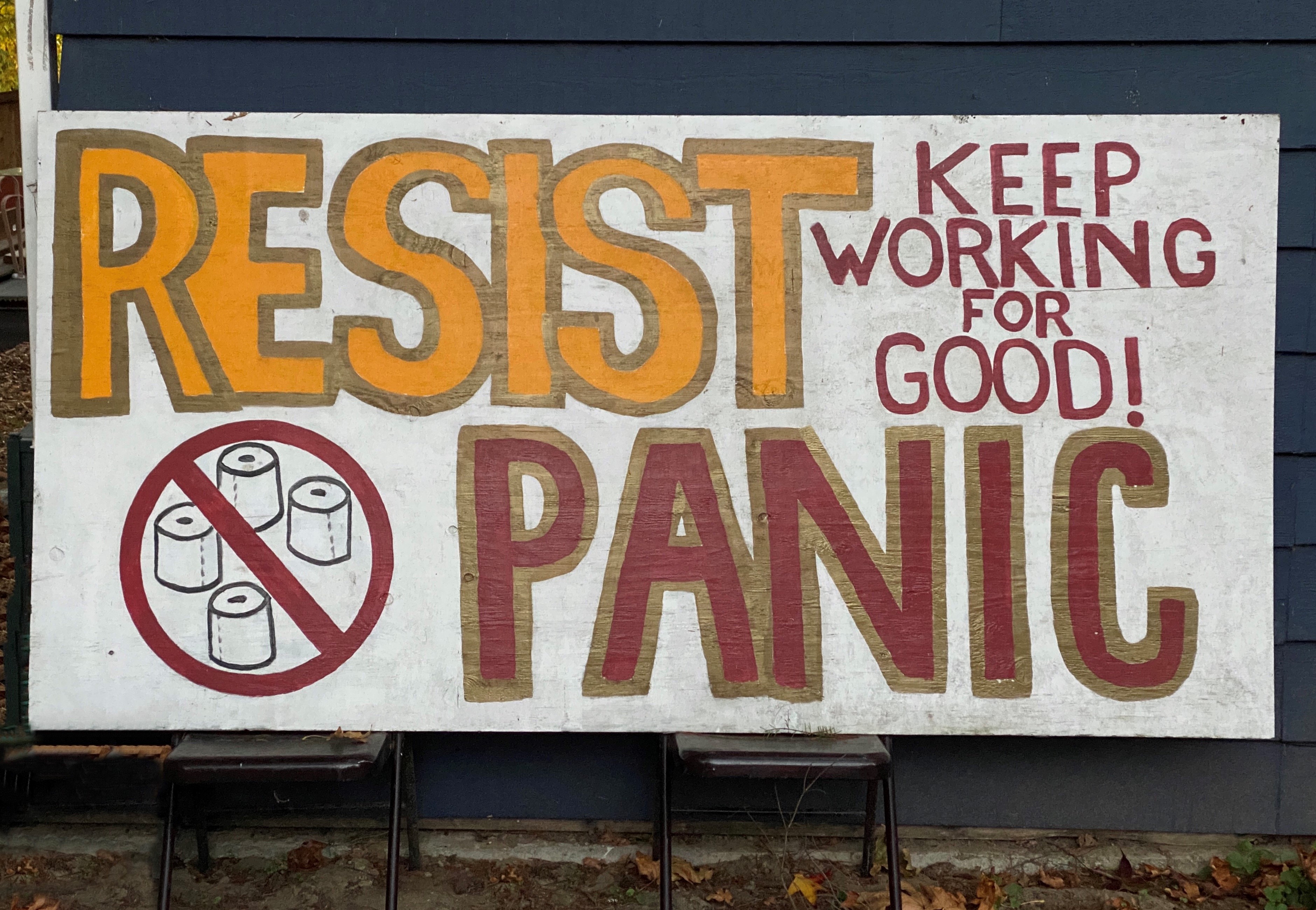 A special blessing during this time of intense hope.